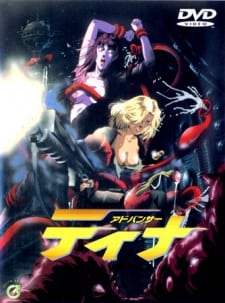 There is something very dangerous about planet Omega 13. Whatever it is, it’s been killing Advancers sent out, one by one, to investigate. The Domestic Union of Arms is perplexed, so top DUA officer Mugal decides to give the job to the most dangerous, most independent, and most expendable Advancer they could find.

They find such an Advancer in the renegade Tina Owens. Currently incarcerated with a 2,000 year sentence for blowing up a planet, she is given a tempting offer. Instead of rotting in her cell, if she’ll go to Omega 13, find and destroy any threats on the planet, and determine any exploitable resources for the Allied Earth Government, they’ll let her go.

Knowing how dangerous Omega 13 appears to be (and thinking about what has yet to be discovered), how would you decide? Tina takes the job, and she sets off for the planet.