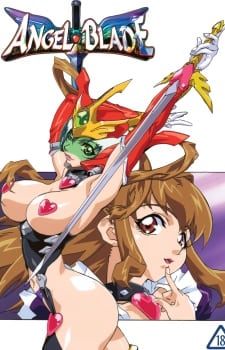 The surface of Earth has been rendered unlivable. Due to years upon years of pollution, humanity has been forced to build cities to rise above the planet’s filthy surface and adapt to this new way of life. Not only this, but there is also a thriving kingdom of mutants lurking below the billowing clouds of smog and pollution.

The leader of these mutated monstrosities is a powerful, busty woman known as Phantom Lady. She dispatches her minions to attack the people above, taking advantage of and raping young women. The police are fully aware of these demon rapists, but know nothing of their origins or how to stop them. Their only hope lays within their city’s mysterious, magical, and sexually explicit savior, Angel Blade. With her deadly sword, provocative costume, and strong sense of justice, this jiggling juggernaut of justice will appear whenever necessary to vanquish the Phantom Lady’s demonic horde－if she can gain control of her hormones, that is!