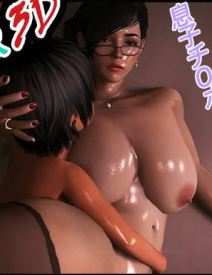 Studio: No Such Agency

The improper language that is Imbi in Huge Tits shaking slipperily,
By the source of light direction that is feelings to popping buttocks and voluptuous woman’s body,
The 3DCG Animated Feature Film which expresses indecent greed of Immorality mother.
母子交歓3D