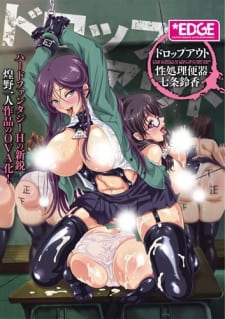 Reika Shichijo was a student at the top of her class, until one day she suddenly became a dropout. Now she is responsible for her classmate Niimi-kun’s sexual pleasure to help him “study” better.

In this world “Dropouts”, those who have failed to be admitted into university, are forcefully made to work. Especially beautiful students are obligated to pursue sexual labour AKA become sexual servants to the rest of society.

Reika becomes the sex slave of one of her former classmates, Niimi-kun. She is now tasked with relieving his sexual tension, so he can study better. During their time in school Niimi-kun will have to adapt to his senpai becoming his new “study” partner, find out why and how she became a dropout and deal with the jealousy of his peers, especially Reika’s ex-boyfriend, Shiroshima.