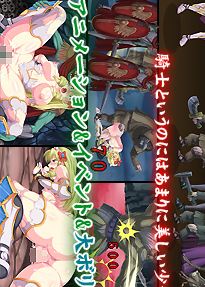 The demise of the Vorden kingdom was swift.

An army of ogres attacked the capitol. Its people were unready.

… The capitol was easily overrun.

One warrior princess fought to the bitter end.
Her name was Beatrice Meyer Vorden.
She slayed a thousand ogres on Taval Hill before they reached the castle.

It was heroic, but anyone could see…
she was hopelessly outnumbered.

Beatrice became a prisoner of war.

Thereafter, she lived…
no, to call it a life is too sweet…
she suffered in wretched tragedy.