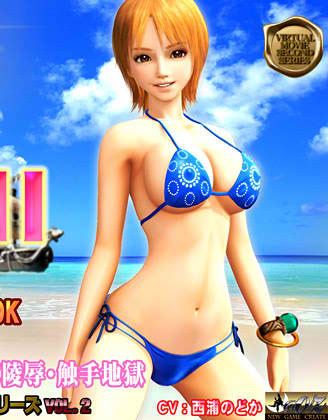 SECOND Season 2nd Episode of the 3DCG Virtual Movie Series
features themes that haven’t been part of the series yet: oneshota, servitude, bondage rape.
When ONE PIECE’s redheaded pirate is captured by a tribe of Kraken worshippers, she can only resist so much…

Watch the beautiful sexpot moan hard with the natives and their god, the deep sea tentacle legend in beautiful, smoothly animated 3DCG.