Kiss Hug Maki-chan to Nau Spocon! Mayuru-chan’s Secret Plaything Don’t do it! Do it! Let me do it! Binkan Athlete Training Lesson – Tantalizing the Girl Over the Course of 3 Days Aneki no Kounai Kaikinbi Punishment to the thief girl! It’s Koyuki’s Time! After The Animation Texting While Walking Is Banned! A Pious Girl’s Dream – 3D Animation – Gakuen Pets ~Houkago no Shiikusha~ Lusty Busty Beauty SEX 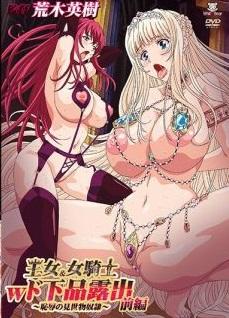 The Kingdom of Elstein
During the era when the seven nations of the continent were grouped together, the two major nations, the “Elstein Kingdom” and the “Dominus Empire,” had been in battle for a long time.
A Dominus soldier marching in a city surrounded by flames.
The Dominus Empire was a cruel fighting nation, robbing uniformed lands.
On the other hand, the Kingdom of Elstein lived a peaceful and prosperous life, with its territory protected by strong castle walls and powerful defensive magic transmitted to the royal family.
“Long live the Elstein Kingdom! Long live Elise!”
Born as the princess of the Elstein Kingdom, Elise was an ideal princess who loved and was loved by the people.
From a young age, she was having happy days with Anna, a female knight who served public and private.
But Elise had some troubles.
The ideal princess and her true self. The stress that comes from the gap eventually makes her want to expose everything…
More thrill, more stimulation, more pleasure.
Before the people, their own desires become reality.
Anna inspects the situation, and when he asks Baldur, the magician, it is said that the magic applied to Elise will be solved if there is a substitution, and he falls into the plot.
A castle town at night, a dim bar in a back alley,
a female knight Anna dressed as a slave and a princess Elise dressed as a whore expose her disguise in front of the public and play with her bodies.
Elise continued to seek exposure pleasure that never stopped, and could not stand it, and exhaled the forbidden defense magic removal method.
The moment the light shines, the country will change into a perishing figure…