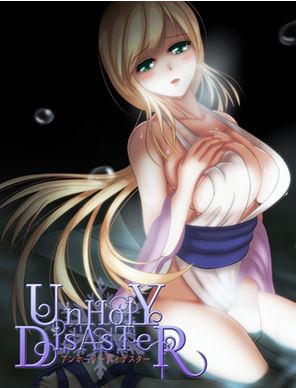 There is a country blessed with the plentiful vegetation and clear water
in the western part of the Aeinxia continent. The prosperity of the country
owes a lot to so-called “Spirit of Water”, that equals to gods in power.
People are blessed through special women called “Maidens of Water”,
who harness, with their peculiar ability, the spirit’s power.

Today, in the Temple of Water, a maiden trainee “Clementine” is set to attain
the ability of Maidens of Water in a ritual. Wearing a solemn costume, she walks
to the depth of the temple in order to make a contract with the Spirit of Water.

On the other hand, a mysterious one who bears evil power draws near to the Temple of Water…

* Game
A maiden trainee who serves the Spirit of Water, Clementine fights against so-called
demons with the spirit’s blessings in this exploration based side-scrolling action game.

The heroine is capable of using various water-related special abilities in combat.
Since she is a trainee in the beginning, she does not have so much power but will
obtain a variety of abilities as her exploration goes on. Nonetheless, this game
does not employ the typical growth system based on EXP and level, which means
you won’t be frustrated by level grindin